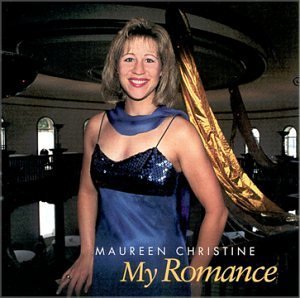 By the time she was just seven, Maureen Christine knew she was going to be a singer. But it wasn't until she was 14 that she began getting paid for her vocal efforts. She is one of the exceptional crop of singers from the distaff side who are working to renew public interest in the classic standards and traditional popular songs which make up The Great American Popular Songbook. Christine has been a headliner at such prestigious Chicago watering holes as Palmer House and the Pump Room as well as appearing at the Woodstock and Oshkosh Opera Houses. Her first album, My Romance, was released in 2000 and featured a play list of standards to which she applied her expressive, lucid style delivered confidently with a strong set of vocal chords. Christine was aided and abetted on her inaugural effort by eminent jazz tenor sax player Pete Christlieb. So impressive was this CD that it was pre-nominated a Grammy in the Traditional Pop Category. Her second album, The Very Thought of You, was released in 2001 with a play list that went beyond the standards category, including songs by one of her influences, Barry Manilow, and other contemporary writers. Very active on the concert scene, Christine regularly presents her revue, Blue Skies and Broadway, to audiences around the Midwest. Blessed with a big voice which she controls very effectively, Christine has become an important interpreter of traditional American popular songs.

Save this product for later
Display prices in: USD